The world’s biggest gaming convention will be shelved for 2020. Microsoft and Ubisoft will showcase their games online instead.

E3, the biggest gaming event of the year, has been canceled due to concerns about the spread of the novel coronavirus, according to a statement from the event organizers on Wednesday. The Entertainment Software Association, the group behind E3, says it will look into conducting an online showcase in place of E3 in June.

“After careful consultation with our member companies regarding the health and safety of everyone in our industry — our fans, our employees, our exhibitors and our longtime E3 partners — we have made the difficult decision to cancel E3 2020, scheduled for June 9-11 in Los Angeles,” the ESA said in a statement.

The ESA says there will be an E3 2021, according to CNET sister site GameSpot.

In response to the cancellation, Microsoft and Ubisoft say they’ll find alternatives to their live press conferences held in the run-up to E3.

“Given this decision, this year we’ll celebrate the next generation of gaming with the @Xbox community and all who love to play via an Xbox digital event,” Xbox boss Phil Spencer tweeted Wednesday. “Details on timing and more in the coming weeks.”

The news of the show’s cancellation was reported by Ars Technica Tuesday. Prior to the report, video game publisher Devolver Digital tweeted: “Cancel your E3 flights and hotels, y’all.” That stoked a strong suspicion that E3 would follow the likes of Mobile World Congress, the Game Developers Conference, SXSW and Facebook’s in-person F8 conference getting canceled.

After previously saying it would go ahead with E3, the ESA on March 4 said it was “monitoring and evaluating the situation daily” after Los Angeles County and then the state of California declared a state of emergency. E3, the show where the biggest gaming announcements of the year are made, has been scheduled to take place June 9 to 11 in Los Angeles. Last year, more than 66,000 people attended.

Despite Sony dropping out of E3 in January to give its upcoming PlayStation 5 the spotlight at another time and place, E3 was still poised to host key gaming companies from around the world. Microsoft, Nintendo, Ubisoft, Bethesda, Sega, Capcom, Square Enix, Take-Two and Bandai Namco were among the companies scheduled to participate. 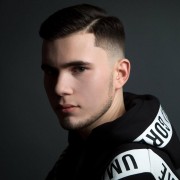 Coronavirus: a plague of the new decade or real-life communication executioner

Make the most of iMessages: Memojis to moving money

Passwords are so passé: the future of security keys online

The Battle of the Smart Homes: Amazon and Google Go Head to Head

A Decade of the iPad: Market Creation and a Laptop Shaped Future