Oh, music; how sweet, chaotic, and meditative it can be. We should be grateful for the technical progress that means we’re able to hear every piece of art without any limits (we’ll talk more about them), and glitches. Music is a public notion, an expression of human emotions and our mental condition. Yeah, it’s one of the most commercial spheres of art, but it’s also the one where it’s very tough to reach the top of your game. Artists and musicians are working hard to please their listeners with good quality sounds and meaningful lyrics.

Unfortunately, those same listeners have no desire to spend their money on things they can’t touch, and the problem of reproduction without the creators’ permission was born on this basis. Millions of pirated tunes have been spread around the world. If I were a musician I would stop making music too. Streaming services provide loyal offers to consumers and inspire artists.

I have several favorites among the various streaming services and today I’m going to tell you about Deezer. One of the most ambitious startups, Deezer could have tragically finished its existence 13 years ago, yet here’s what we have now.

“Garage” ideas and sparkling eyes – the founding of Deezer

Daniel Marhely, an ambitious French guy with an entrepreneurial mindset and firm desire to move further during his leading time at the dating site Lovelee.com, began working on a side project. It was a risky start-up website that would open doors for people who ought to be listening to music. In 2006, the project produced the first version of Deezer with the code name Blogmusik.net. As we can see, at the very beginning the idea was to create a blog where people could listen to music freely with the help of the streaming technology.

However, as happens so often, the project had some difficulties (hello copyright problems) with an agency called SACEM, a pretty authoritative, French, professional association that collects payments for artists’ rights and distributes the rights to the original songwriters, composers, and music publishers. In April 2007, the project was closed and instantly reincarnated in August that year as Deezer, and not just as a graveside memorial. Following some quite tense and unpleasant negotiations, finally Deezer came to an agreement with SACEM in which the company agreed to pay a fee from the advertisements on the site.

A timid but confident step for Deezer

The idea was wonderful and brilliant, and even more pleasant words can be spoken about the deal. The number of users began growing like rabbits in Australia. During the first month of operation, the stats had clocked 773,800 users and in the next 2 years, with huge progress, the company had increased that number to 9 million listeners. The power of music, what d’ya know. But where’s the money, Lebowski?

Success should be motivated by the amount of money made, and despite the growing number of fans, almost as soon as Deezer was released, the company faced financial problems. In the first half of 2008, the company had earned 875,000 Euro money earned could hardly cover licenses for streaming. As a result, the company had to adopt some reforms:

Okay, that was more than enough to raise $15million. Plus, a three-tier business model began to work on November 5, 2009. This was supposed to create a simultaneous rise in revenue and users. This meant that if you were not paying a subscription you were able to listen to music almost for free, with some limits. The second option was to pay €4.99 per month and get rid of the annoying ads. The third variant was to pay €9.99 per month and be able to stream the music on computers and different mobile devices with different original content.

In January 2010, the co-founder of Deezer, Jonathan Benassaya, was asked to leave the position of CEO because the company was unsuccessful in attracting new users; only 15.000 out of 12 million had bought a premium subscription. *the sad sound of the smallest violin* Initiative is punishable. Axel Dauchez became the new CEO at Deezer. The same year, the company signed a deal with Orange, a French mobile operator, in order to combine some tariff plans with a premium subscription. It caused a real user-tsunami and in 2011 the numbers reached over 1 million subscribers. Not bad, not bad.

Where is Deezer right now?

Thanks to oratorical abilities, valuable connections, ambitions, and a drop of luck, Deezer has added Facebook integration as well as integration with Last.fm. During the years 2011 and 2012, the company had aimed to expand to as many countries as was possible. The task was completed successfully; nowadays you can use Deezer in more than 180 countries worldwide.

As of now, Deezer connects 14 million active users around the world to over 53 million tracks. Victoriously, it has reached type F foundation series funding, and that is more than impressive. Deezer is the only music streaming service with Flow, a special function based on an intuitive, proprietary algorithm, which studies your preferences and in turn, unobtrusively introduces you to only fresh tracks. Sometimes, I wonder how clearly it can guess the genre and the song I would like to here.

Deezer can easily compete with other streaming services. The company delivers a lot of music and playlists and it’s open for every artist. It’s very easy to use the app without unnecessary buttons and unuseful functions. You can choose which premium subscription you would like to have; there are four of them, and then you can just melt in the ocean of the various artists and their art.

Deezer free — the power of random is your best friend. You have the ability to skip 6 songs per hour, you are not able to download tracks, the sound quality runs ay 128 kb/s and there’s listen-only Flow.

Deezer Premium (€ 3.99) and Deezer Family (€ 5.99) — the difference is in the price and amount of accounts be added to the monthly plan. You are provided with a free download capability, songs without the annoying ads, can skip tracks as often as you want, and listen to your favorite band with a better music bitrate. 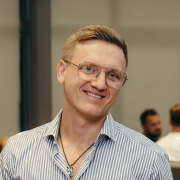 The 6 tricks you need to make Gmail even better

PS5 versus Xbox Series X: there is no draw, only a winner

Battle of the Buds: Choosing between AirPods and AirPods Pro

Make the most of iMessages: Memojis to moving money

Make Androids Useful Again: how to upcycle your defunct device

20 anniversary of PS2: top facts about PlayStation 2 that we love

Coronavirus: a plague of the new decade or real-life communication executioner